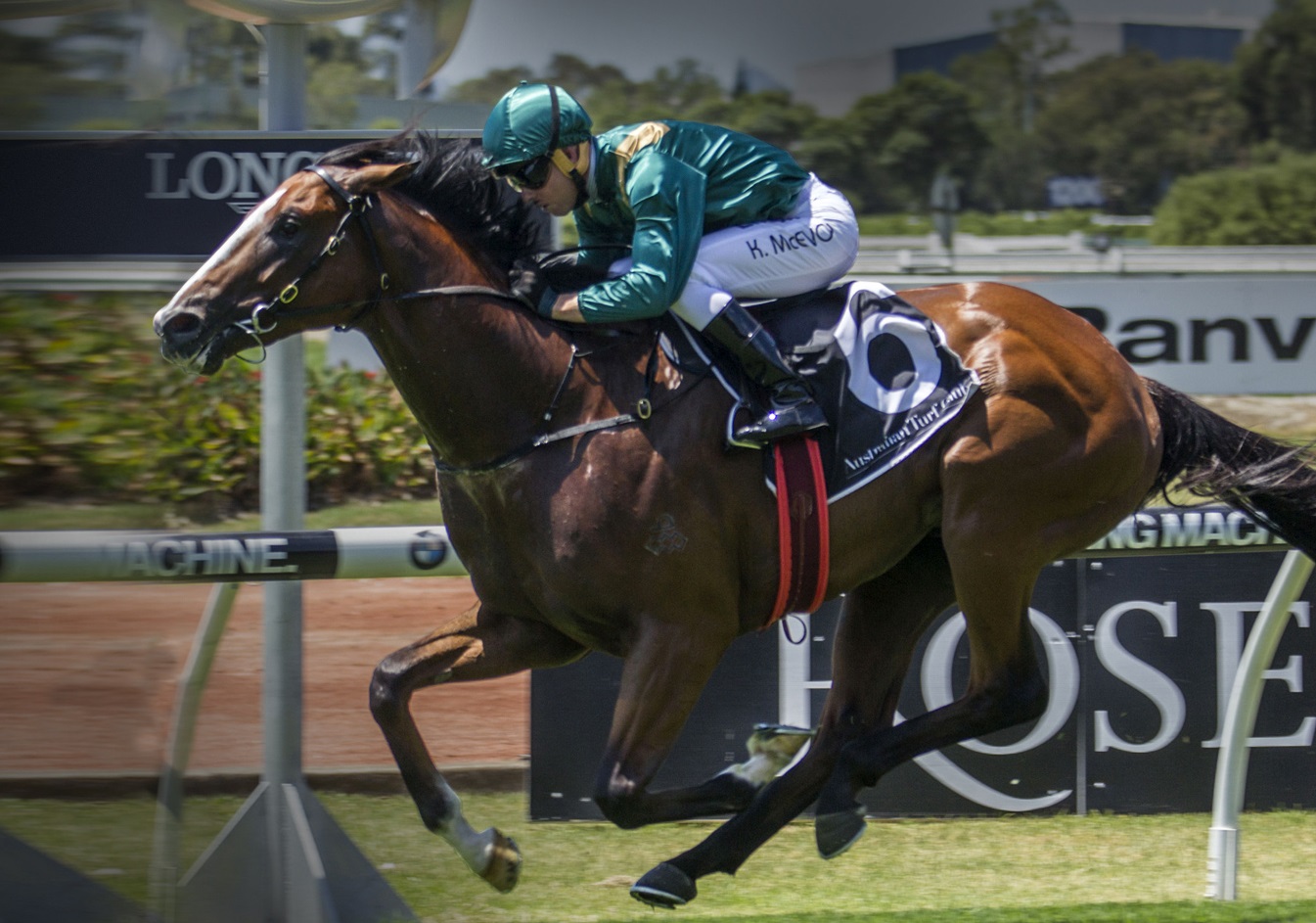 One of the highest rated two-year-olds of his generation, returning with Group brilliance over 1100m, the beautiful son of Redoute's Choice joins his sire in 2018.

Star juvenile & 3YO colt Pariah joins the Arrowfield roster in 2018 with an instantly familiar profile that marks him as a most-likely-to-succeed stallion prospect.

Like leading sires Not A Single Doubt & Beneteau and the sensational Champion Sire Snitzel, he’s a son of Champion Sire Redoute’s Choice selected by Arrowfield for a stallion career.

Like Beneteau and Not A Single Doubt, Pariah was bred by Arrowfield and proved to be one of the best juveniles of his year.

Like Not A Single Doubt, Pariah won the ATC Canonbury S. G3, but did it on debut defeating subsequent Group 2 winner Menari by a length.

Like Beneteau, he placed in the MRC Blue Diamond S. G1, and was the first colt home, finishing second less than a half-length from Catchy.

He then returned as a Spring 3YO for a sparkling victory in the ATC San Domenico S. G3, a race also won by future Group 1 winners General Nediym, Charge Forward, Testa Rossa, Gold Edition, Foxwedge, Snitzerland and Japonisme.

Pariah was Timeform’s second top-rated 2YO of 2016/17, given a figure of 118, just below Invader & She Will Reign (both 119), and ahead of Group 1 winners Summer Passage, Catchy, The Mission & Trapeze Artist. Bred on the exceptionally successful Redoute’s Choice/Hussonet cross, Pariah is a three-quarter brother to two-time Group 1 winner Melito, from the prolific family of leading sire Zeditave.

“Snitzel, Not A Single Doubt, Stratum & Beneteau – all by Redoute’s Choice, all brilliant 2YOs & all outstanding sires. Pariah is in the same mould. He has a very committed syndicate and will start life as a stallion with a better book of mares than Snitzel, Beneteau & Not A Single Doubt!” - John Messara, Arrowfield