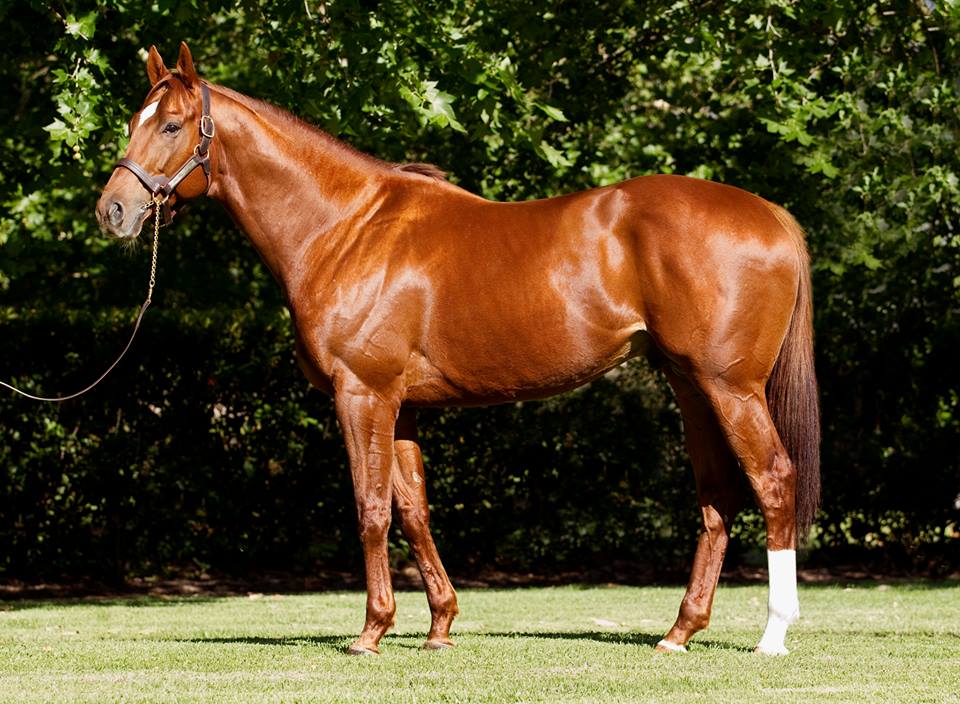 The World's Horse - Animal Kingdom is truly a “horse of the world”, bringing the genetic strength of England, Ireland, France, Germany and the United States to Australia.

Animal Kingdom’s sire Leroidesanimaux was conceived in Brazil of the US-bred, French-raced Candy Stripes and the superbly bred Ahoonoora mare Dissemble, a half-sister to the legendary Juddmonte mare Hasili. Hasili found fame as the dam of champion sire Dansili and his four Group 1-winning siblings, Intercontinental, Banks Hill, Cacique and Champs Elysee. Importantly for Australian breeders, all five are by Danehill.

Leroisdesanimaux, a winner in his homeland Brazil, became a sensation in the US where he won eight consecutive races including

Grade 1 wins in the Citation at Hollywood Park, the Frank Kilroe Mile at Santa Anita and the Atto Mile at Woodbine.

Animal Kingdom’s dam is the German Group winner Dalicia by champion racehorse and sire Acatenanago from one of Germany’s finest female families.
The highpoints of Animal Kingdom's racing career are history-making victories in two of the world's very best Group 1 races, the Kentucky Derby and the Dubai World Cup. His brilliant 2.75 length win in the 137th Kentucky Derby was achieved at only his fifth start, and remarkably, his first on dirt, a feat unmatched in the race's history.

After a long layoff due to injury, Animal Kingdom returned to centre stage in November 2012 in the Santa Anita Breeders’ Cup Mile G1 on turf. After being pocketed until late in the straight, he flew home for the unluckiest of seconds in course record time 1.31.78 behind US Horse of the Year Wise Dan.

Animal Kingdom opened his 2013 campaign by splitting Point of Entry and Unbridled Command in the Gulfstream Park Turf Handicap G1. He then travelled to the UAE for the US$10 million Dubai World Cup Gr1 on 30 March at Meydan where his resounding two-length victory confirmed his status as a major international performer of the highest class. He is the first Australian-owned World Cup winner and the first US-trained horse to win the race on the synthetic Tapeta track at Meydan.

"Animal Kingdom is without a doubt the most superbly versatile Thoroughbred to emerge from American racing."
- Jay Hovdey, DRF

"For me, however, the horse that stirred the emotions and provided a moment in time that will be remembered for years to come isn’t even among the 15 Breeders’ Cup winners. He is Animal Kingdom, whose spectacular burst of speed to finish second in the Mile left me in awe of this horse’s ability and fortitude… Animal Kingdom was always destined for greatness."
- Steve Haskin, Blood-Horse

He won the Derby despite that fact that the race was on the dirt. I think that’s just a measure of how good he is. He is a very imposing but very athletic horse. He’s just got that remarkable disposition, just handling things so well, and I think that’s a big part of what makes him so great.”

“It is time to temporarily bid farewell to one of the most gifted and mentally tough Thoroughbreds I’ve ever been around. Whatever he accomplishes from this point on, the name Animal Kingdom will always stir memories of a special horse who kept persevering and looking for new worlds to conquer.”