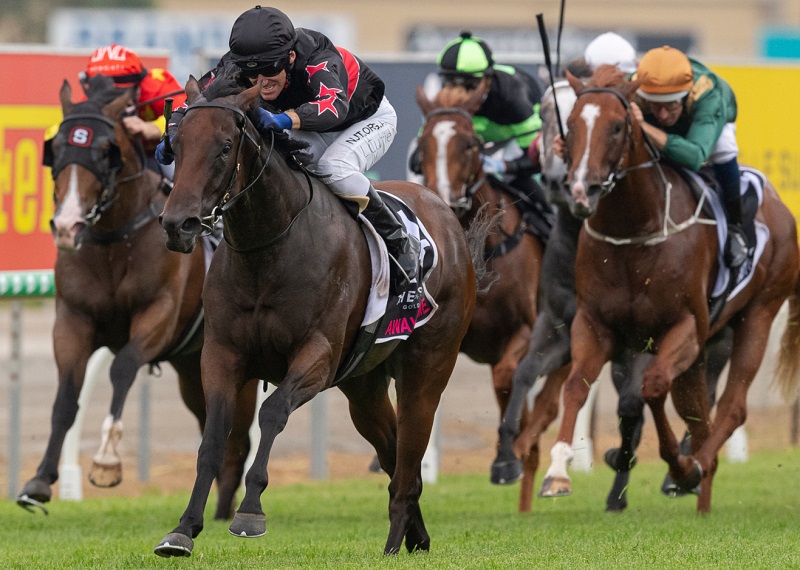 Champion sire Snitzel affirmed his status as a big-race stallion when his daughter Away Game raced away with Saturday’s $2 million Magic Millions 2YO Classic 1200m RL.

A last-start stakeswinner, the Maher & Eustace-trained filly was among several well-qualified runners who started at long odds in a competitive field, but at the business end of the race only Arrowfield graduate Stellar Pauline (by Not A Single Doubt) came within two lengths of her.

This is the second straight year that Snitzel and Not A Single Doubt have supplied the Magic Millions 2YO Classic quinella, after Exhilarates and Dubious ran 1-2 in 2019. Both returned this year for the $2 million 3YO Guineas RL and Exhilarates finished  a commendable third, while Dubious was unplaced, but collected the $162,500 lion’s share of the women’s bonus attached to the race.

Away Game is the second 2YO stakeswinner, after the four years older Modern Wonder, left by the pairing of Snitzel with the Elusive Quality mare Modern Wonder.

Both fillies were bred by the celebrated South Australian farm Mill Park with the Mills Thoroughbred Breeding Partnership, but the mare is now owned by Segenhoe Stud which sold a three-quarter sister by Not A Single Doubt for $580,000 to Aquis Farm at last week’s Magic Millions Sale. Away Game as a yearling was in the mould of Snitzel’s star 2YO fillies Estijaab, Snitzerland & Sweet Idea who were first, second & third in their respective Golden Slippers. (PHOTO: Mill Park)

Away Game was a $425,000 Magic Millions purchase by UK-based agent Kerri Radcliffe for an all-women partnership led by American Hannah Mathiesen who worked for a time at the Maher & Eustace stable and manages the Oakmont Horse Club.

The Magic Millions women’s bonuses are not included in the prizemoney totals on the various stallion premierships, but the Classic result had an immediate impact on the Australian 2YO Sires’ list. Snitzel now occupies the No. 1 spot with $1.8 million earned principally by six winners including Away Game and $500,000 Inglis Nursery RL winner Wild Ruler. I Am Invincible is 2nd on that list, and Not A Single Doubt is 3rd.

Snitzel’s $1.7 million Saturday has also pushed him up the General Sires’ table into 5th position with $7.7 million. That sets up a fascinating battle with current leader Pierro and I Am Invincible for the 2019/20 title.

Away Game’s trainers were among the buyers that paid a total of $13.1 million for 42 Snitzel yearlings at this year’s Magic Millions auction. His top-priced colt out of One Funny Honey was sold for $800,000, while his most expensive filly, Cressfield’s daughter of Regimental Gal, made $700,000.