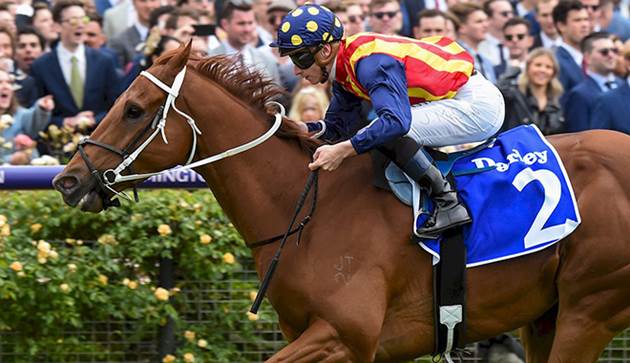 Next year's plans for Nature Strip will be decided shortly but there is a fair chance Australia's fastest horse will get to show himself off overseas.

The Darley Sprint Classic winner is cooling his jets following last Saturday's thrashing of the best available sprinters in the land, as his ownership group prepares to digest 2020 options for what it believes is a once-in-a-lifetime horse.

Despite being the third favourite in some markets, Nature Strip won't be going to next month's Hong Kong Sprint as he hasn't been vaccinated but a decision on where the speedster goes next is, part-owner Rod Lyons says, promises to be a pleasurable task for connections.

"The majority of owners, they like a good time, including me," he said. "Money is always important, but we are all for a good time and we would love to travel and enjoy ourselves with this horse.

"I spoke to Chris (Waller) on Sunday and he was going to put something in writing for us and we can go through it as a group and sort it out.

"There are plenty of races. There is some great racing in Australia. There's Dubai (in March) and the ultimate dream is Royal Ascot (June), but there are so many races you've got to walk away from in Australia to do that.

"Ultimately, it really is up in the air. Chris will come back and have a course plotted for us."

Lyons said connections were delighted to see the horse fulfill his promise in such a fashion in the 1200-metre sprint down the Flemington straight.

"We hope it is the just the start. It (penny) might have dropped with him," Lyons added.

"Our group has been lucky enough to have some good horses but this one is outstanding when he puts it all together."