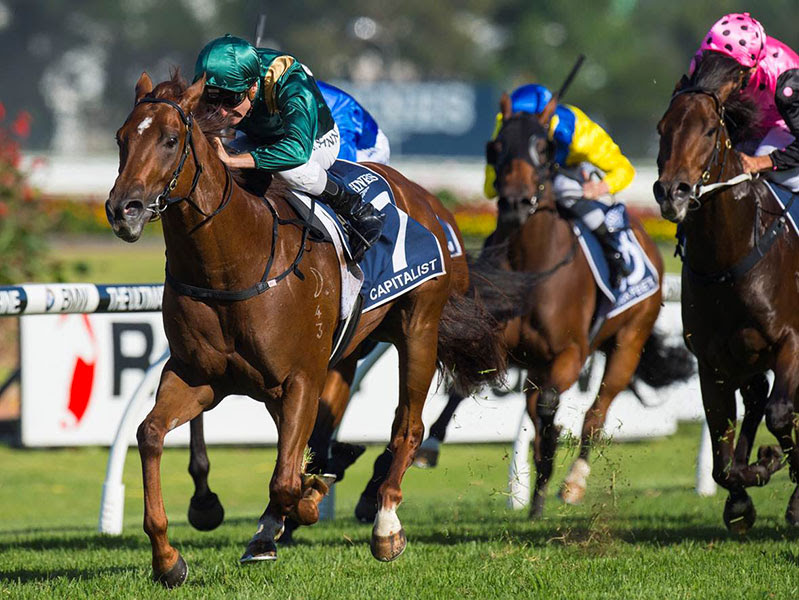 The most popular stallion in Australia right now would have to be the magnificent liver-chestnut son of Iglesia, Written Tycoon (WT) who continued his golden run of late with another string of winners over the weekend, culminating in the all-important Group One victory which had previously eluded him.

There is no greater achievement for a commercial stallion and stud farm than victory in the World’s best 2yo race, The Golden Slipper, and on Saturday at Rosehill Gardens, Capitalist made this a reality for his sire and our stud.

Capitalist achieved the very rare Magic Millions/Slipper double which has never been achieved by a colt before, but more importantly for Woodside he became WT’s first Group One winner.

We would like to congratulate all of the connections of Capitalist including but not limited to: Peter and Paul Snowden and their racing manager Jackson Beirs, Newgate Farm, James Harron Bloodstock and of course Blake Shinn for his brilliant ride. We would like to make a special mention of the most accomplished breeder Jan Clark and her managers Mark and Sarah McCann at Daandine Stud in Queensland who not only bred Capitalist, but also bred his sire Written Tycoon –what a story!

The leading sire by average at the record breaking 2016 Inglis Classic Yearling Sale is not only a sale ring winner, but a runaway racetrack success. 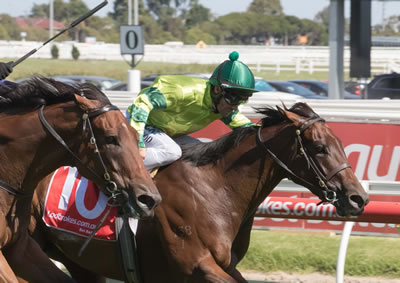 Victorian based stallion WRITTEN TYCOON sired a treble at Caulfield including the impressive Listed winner in the Pat Carey trained Shakespearean Lass in the WJ Adam Stakes. The 4 year old mare took her record to an impressive 5 wins from only 13 starts for prizemoney earnings of $264,000.

She became the 13th stakes winner for her sire. 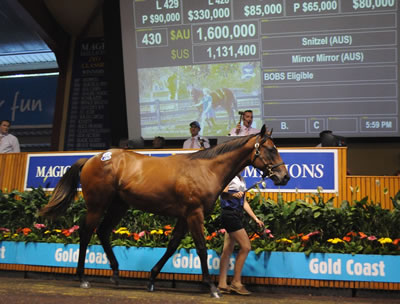 Street Cry (IRE) still leads the sires by average list at the 2016 Magic Millions Yearling Sale after two sessions with nine youngsters averaging $369,444, but it was Snitzel that put the star power into the day with a pair of colts selling for upwards of $1million.

The star colt is the third living foal of Dehere (USA) mare Mirror Mirror, whose first foal, stakes-winning Redoute's Choice filly No Looking Back, won the Magic Millions 2YO Classic in 2012, before losing the race on protest to stablemate Driefontein.

Strawberry Hill Stud purchased Mirror Mirror as a yearling at Magic Millions back in 2005 for $120,000, so she's proven to be an outstanding investment!

Also selling for $1.1 million earlier in the day was the Snitzel colt from Flidais. A full brother to Group I winner Sweet Idea, he was bought by Dean Hawthorne Bloodstock.

Bloodstock tyros James Harron and Henry Field knew they had to take a different approach if they were going to survive and flourish against the big boys of the breeding world and by backing their own judgment and getting a little colt called Capitalist they have done just that.

Harron and Field are brothers-in-law and put together a syndicate to buy colts at the yearling sales last year. It turned into a $7 million investment and for that you need backers. When you're in your early 30s, it also needs to work or you're not going to get another chance for a while.

In four months, Capitalist has made the gamble pay off by winning Saturday's Magic Millions Classic and assuring himself a career as a stallion at Field's Newgate Farm.

"We are already getting his name plate ready at the farm, but he has a bit of racing to do before he gets there," said Field, who was left in tears by the win on Saturday.

The lucrative $5million Inglis Race Series for 2015 Inglis yearling sale graduates kicked off today with a tough win by Inglis Premier graduate Dalradian in the $250,000 RL Inglis Banner for two-year-olds over 1000m at Moonee Valley.

Stepping out for the second time in his career following a convincing debut win at Bendigo last week, Dalradian (Reward For Effort x Miss Ireland) fought off strong competition from Valliano and Pearl Congenial to earn his first black type victory under the guidance of Brad Rawiller.

Trainer Darren Weir admitted that the bulk of his accolades weren't due to two-year-old races, but that this colt was particularly special. "I don't train many two-year-olds, but this boy is the real deal,” said Weir.