A progressive pair of 3YOs combined at Morphettville on Saturday to give Dundeel his first stakes quinella, in the $100,000 SAJC Hill Smith S. 1800m LR.

The colt Ain’tnodeeldun made a big impression with a 5-length maiden win at Sale last month and managed the difficult step straight into stakes company with a determined finish after settling in the second half of the field and swinging wide on the turn. He is the 11th stakeswinner from Dundeel’s first three crops.

The filly Victoria Quay was no less impressive, also coming off a maiden win and making up even more ground in the straight to earn black type at only her third start.

Co-trainer Anthony Freedman has since confirmed that although Ain’tnodeeldun is nominated for the Victoria Derby G1, he will head towards the Batman Handicap LR over 1800m at Flemington – the race won two years ago by subsequent Melbourne Cup G1 winner Vow and Declare.

“I think he will be a better horse in the Autumn, so we will give him a light spring and lift the bar in the Autumn with him.

“He is still learning the game and I believe the trip away would have done him the world of good, he should come back a more mature horse.”

Bred by Bruce Wilson’s Glentree Pastoral, Ain’tnodeeldun is the second winner out of the dual stakeswinner Ain’tnallenstar (by Starcraft), herself a daughter of the grand stakeswinner & producer Ain’t Seen Nothin’, now enjoying retirement as a nanny mare at Arrowfield.

Ain’tnofallenstar has yearling colt by Redoute’s Choice and foaled a second Dundeel colt last month, while her 4YO son Mighty Valor (by Snitzel) sealed a rewarding weekend with an easy 3-length victory in Hong Kong on Sunday evening.

Ain’tnodeeldun was a $240,000 purchase by Anthony Freedman & Blue Sky Bloodstock from the Bhima Thoroughbreds draft at Inglis Melbourne Premier, and he is raced by a group including Musk Creek Farm & Glentree Racing.

Described by her co-trainer Calvin McEvoy as a “smart young staying filly in the making”, Victoria Quay (ex Swan River by Danehill Dancer) will either proceed to the major league for 3YO fillies in Melbourne, or spell and return for Autumn racing. 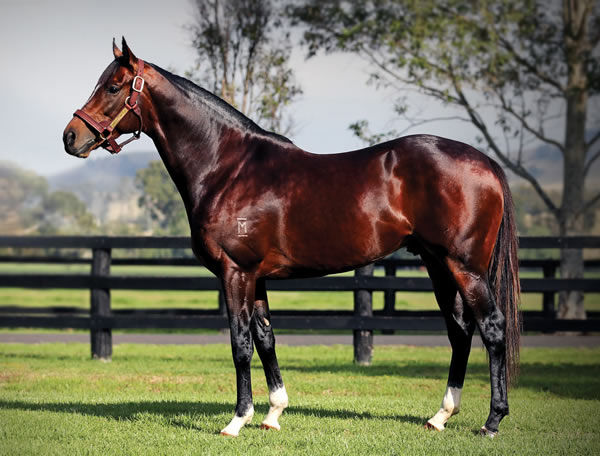 Dundeel was represented by four other impressive winners over the weekend: the $200,000 Port Macquarie Cup winner Entente; the Michael Costa-trained Purrfect Deal, winner of her second start by 4.5 lengths on the Gold Coast; Randwick winner She’s Ideel, who notched up her fifth success for the Bjorn Baker stable; and Truly Great, who contributed to a memorable day for Bob & Sandra Peters with his fourth win from 8 starts in Perth.