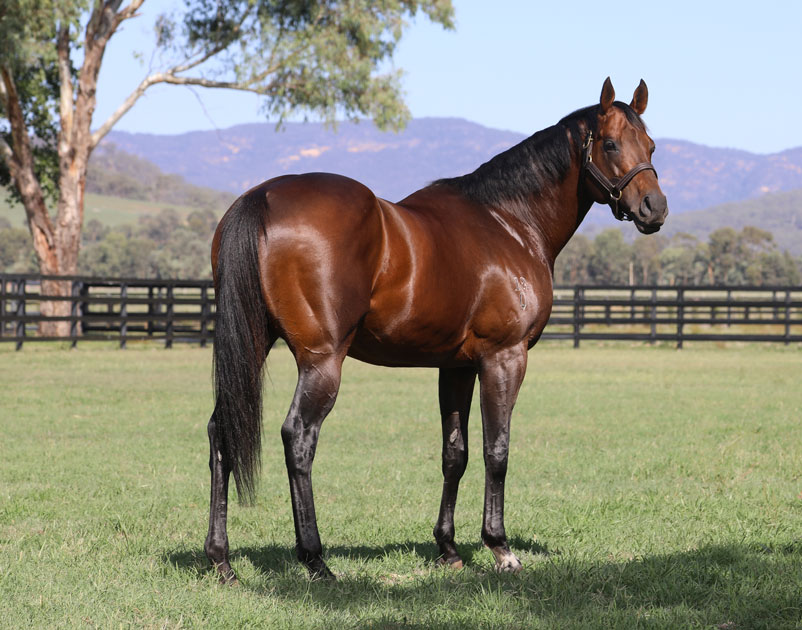 For the second year in a row the Group II VRC Gilgai Stakes (1200m) was won by a slick Zoustar sprinter with Zoutori following in the footsteps of Sunlight who won the race last year.

He was too good for the big guns Tofane and Santa Ana Lane in posting a career best performance.

Prepared by Matt Ellerton and Simon Zahra, Zoutori won the Group II VRC Bobbie Lewis over the same course when resuming from a spell and again showed his liking for the straight course.

He stuck to his guns to score a half head win over perennial bridesmaid Dollar for Dollar taking his overall record to seven wins and six placings from 23 starts with prizemoney heading towards $900,000.

“He wasn’t well off at the weights against those better horses, although I suppose now we have to call him one of those better horses!” said co-trainer Matt Ellerton, who indicated Zoutori may be trained for further now with a crack at the Group I VRC Cantala Stakes (1600m) a possibility.

A $160,000 Inglis Easter purchase from the Amarina Farm draft for his trainers, Zoutori was bred by Frank Meduri and is the first foal of Atotori, a half-sister by Haradasun to Group III winner Castlethorpe and to the dam of Group II winner Quiet Oasis and Group III winner Young Pretender.